Some believe the death of SMS (Short Message Service) is imminent. In some regions, it might sound reasonable since statistics show fewer and fewer messages being sent. For example, according to the National Commission of Markets and Competition, 58.2 percent of mobile phone users in Spain never send an SMS anymore.

However, when it comes to SMS Marketing, life has only just begun. According to an exercise by Juniper Research, a UK-based analysis company, the volume of A2P messages (Application to Person) is expected to grow by 20 percent, to reach 2.1 billion by 2020.

A2P can be defined as the sending of automated SMS from a company to a user. Its growth is driven mainly by automated marketing, payments and authentication processes which are increasingly carried out through this medium.

Although people may send fewer SMS, companies are finding more and more uses for this communication channel.

Caption: Although larger companies are the ones that have more widespread use, SMS are also used by small companies to communicate with their customers. This is an SMS sent by a small pharmacy in Spain to communicate that the order is ready at their branch.

This coincides with a study by Telefónica that argues that despite the enormous popularity of P2P (Person to Person) apps such as WhatsApp, the size and scale of opportunities in the SMS market have cemented its position as a valuable and attractive market for business. This was further evidenced by the growth of the market in previous years: between 2014 and 2015, it increased by 22 percent globally.

But according to these predictions—in tune with those of Juniper Research—growth will be continuous at least until 2026 thanks to its great penetration skills. Research shows that 99.99 percent of mobile devices can be reached by this type of messaging and they have a reading rate of 90 percent within a few minutes. “This makes it perfect for businesses to reach consumers beyond their geography and demographics,” says Telefónica.

According to the study “Digital in 2018” study conducted by Hootsuite and We Are Social, in 2017, more than 200 million people had their first mobile device and now two-thirds of the world’s population (7.6 billion inhabitants) has a mobile phone. The numbers will continue to grow and more and more people will have a mobile phone in their hands as time goes on.

More to explore on SMS Marketing

According to a survey carried out by the editors of Internet Retailer magazine, companies—particularly online retailers—are underutilizing SMS marketing as an effective tool to generate relationships with their consumers – just like social media. Entrepreneurs say that while there are cases in which they could use them, “for now it’s not a priority.” This is reflected in the numbers.

Text messages are the least used channel with only 29 percent of respondents using them to communicate with their consumers. Meanwhile, the most used is email (97 percent) followed by social networks (82 percent) and phone calls (66 percent).

So, why aren’t companies using SMS marketing if it’s so beneficial? The figures could be as they are because businessmen don’t understand the benefits of SMS. “They do not fully understand its value because, in part, they do not understand their return on investment,” says Jay Emmet, general manager of Open Market who conducted the study.

On the other hand, globally, according to the measurements of Esendex, a company that offers SMS to SMEs:

Messages are opened 94 percent of the time.

“The benefits of SMS are reflected in the final result and in the long-term satisfaction of its customers,” says Emmet. The difficult millennials, oddly enough, use this type of communication. According to Open Market, 75 percent prefer SMS for notifications of deliveries, payments, promotions, and surveys.

According to an analysis carried out by SMSAPI, a global provider of text messages, SMS marketing has several advantages including faster communication with customers through a direct channel, building trust and loyalty towards the brand through personalized messages and directing clients to your web platform.

In addition to all this, consumers increasingly rely on digital advertising especially ads on their mobile phones. According to Nielsen‘s most recent study of the subject entitled “Global Trust in Advertising and Brand Messages,” 45 percent think that the ads that are displayed on their mobile phones are credible. This gives SMS marketing a distinct advantage in the industry.

Specifically, 37 percent trust the messages sent to their phones. If it sounds small, just see the difference with the previous survey where only 18 percent trusted those same messages. In one year, confidence grew by 19 percent.  When compared to other ads, it was the one that increased the most.

This exercise showed that trust and consumers’ actions are directly related. This is particularly important because it’s something that brings the customer a little closer to making a purchase. Although there’s still room for improvement in the format of the ads in terms of their ability to engage with the client, according to Nielsen, 45 percent of respondents sometimes think about taking actions based on commercial text messages.

Not only SMS marketing but online advertising, in general, is driving more users to take action. Customers are responding. Randall Beard, global director of solutions for advertisers at Nielsen, reported half of the survey respondents took actions based on online ads.

To further this, research published in the Journal of Management Sciences showed that not only do consumers have a positive attitude toward SMS advertising but also defined SMS aspects that make consumers more likely to take action.

The first one is the participation or the degree of involvement that the client has with the product. This aspect refers to how consumers feel about a certain brand or product. The greater they identify with the product, the greater the chance that they will take in the information and possibly buy the product. If your brand is already positioned in the market, an SMS marketing campaign would most likely be very effective in terms of consumer response.

Here, a negative reaction from consumers is very unlikely, so there’s no need to worry.

The study stated: “Insignificant nature of irritation showed that consumers do not get annoyed from SMS advertising and this is quite possible that they get involved in the advertisement if companies make more appealing and entertaining advertisements.”

The appearance and entertainment aspect (say a sense of humor or games and other instruments to connect with the customer) of a campaign raise the chances of success.

Now, how do you do it? There are companies that are dedicated to offering this service. Search for those services in your country and find the one that suits your needs best.

Keys to Succeed with an SMS Marketing Campaign

One of the keys to success is your database. “Collecting data about your current or potential customers is a great start to creating an efficient SMS campaign because the quality of potential customers decides success,” explains the SMSAPI study. When compared, the efficiency between a personally developed database and a purchased or rented database can be over 10 percent better, since the correct audience is being targeted.

In addition, while being time-consuming, building this database will be cheaper. You will also be building a permanent tool that you can use in the future. Remember that SMS allows multiple possibilities. Two common uses are to notify the client about the status of an order or to inform them about your latest offers. 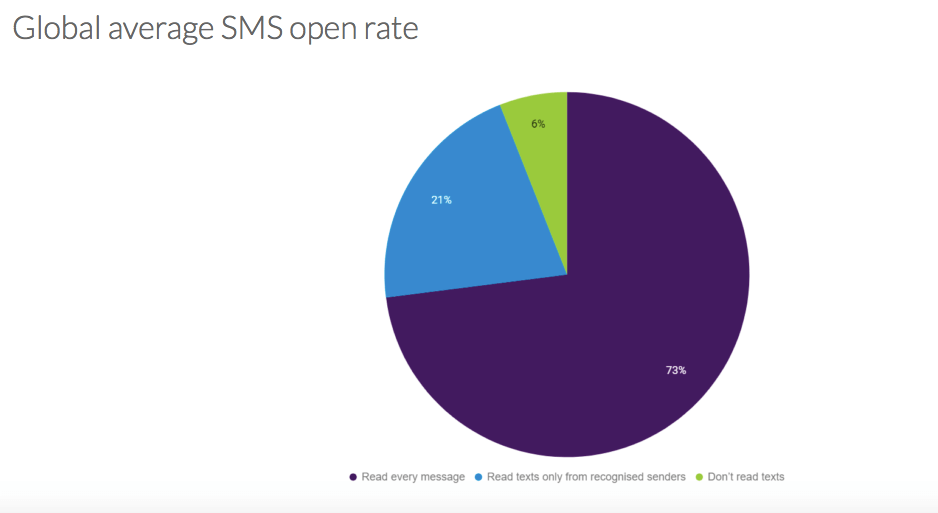 Caption: Your clients need to perceive a value so they will give you their data.

More so, buying databases increase the likelihood that your messages will be perceived as spam. You also don’t know if the accounts in the database are up to date. In summary, buying databases can likely affect your credibility as a company and thwart your marketing efforts.

To create a personal database you have to collect your customers’ information. This can be done through social networks or your own site. For example, you can simply ask your customers for their details after they make a purchase through your site. This will add them to your database. Offering a discount coupon or a similar incentive like a free eBook will help increase the likelihood that they’ll give you their information.

#2 Let them give you their permission

By requesting authorization to send messages, they won’t feel intrusive making your customers more receptive to the information.

The study “How to use SMS to carry out marketing campaigns” done by Esendex says, “The fact that SMS marketing campaigns are focused on people who have given their permission to receive messages makes them very well received. They are not perceived as intrusive, because the client has the possibility to unsubscribe at any time.”

If your potential clients give you permission and you always give them the option to cancel the subscription, you’ll be able to build trust. 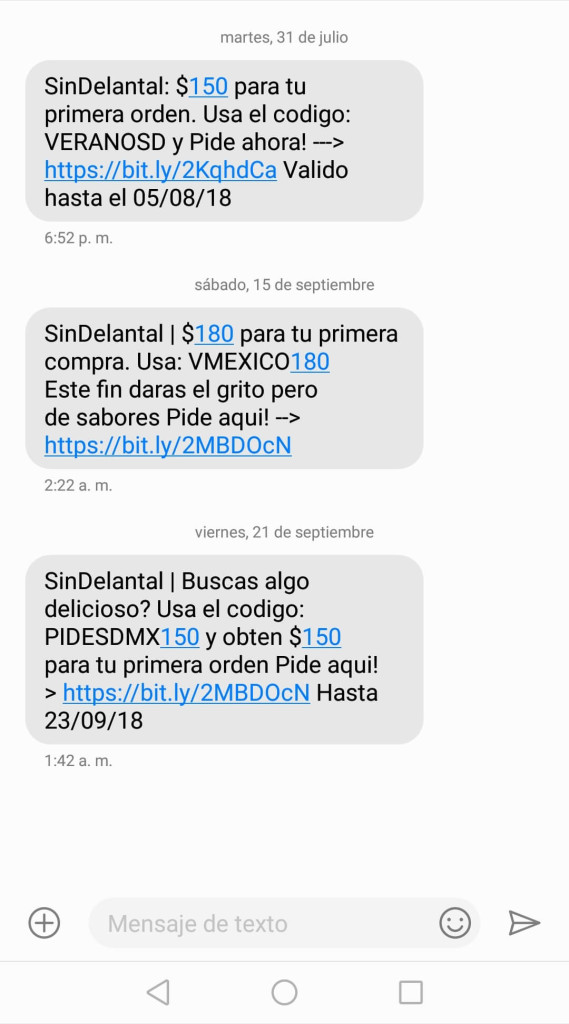 Caption: Give your clients the option to stop receiving your messages

#3 Target and customize your messages

When it comes to making an SMS marketing campaign effective it’s essential to target the recipients properly. By doing so, you will ensure that your message reaches people who will be interested in your products or services. Over time, a relationship of loyalty can be generated.

Personalizing SMS as much as possible helps to create a long-term relationship with the client, as they feel that the company takes into account its particularities to suggest the most appropriate offers, explains the Esendex study. As it is in almost any marketing action, you need to know what each customer segment wants.

Remember that this is not something that remains static or is only composed of one thing. People can want several things that can change over time. In addition to the target group, it’s important that you personalize the messages in some way (even if you send them in bulk). 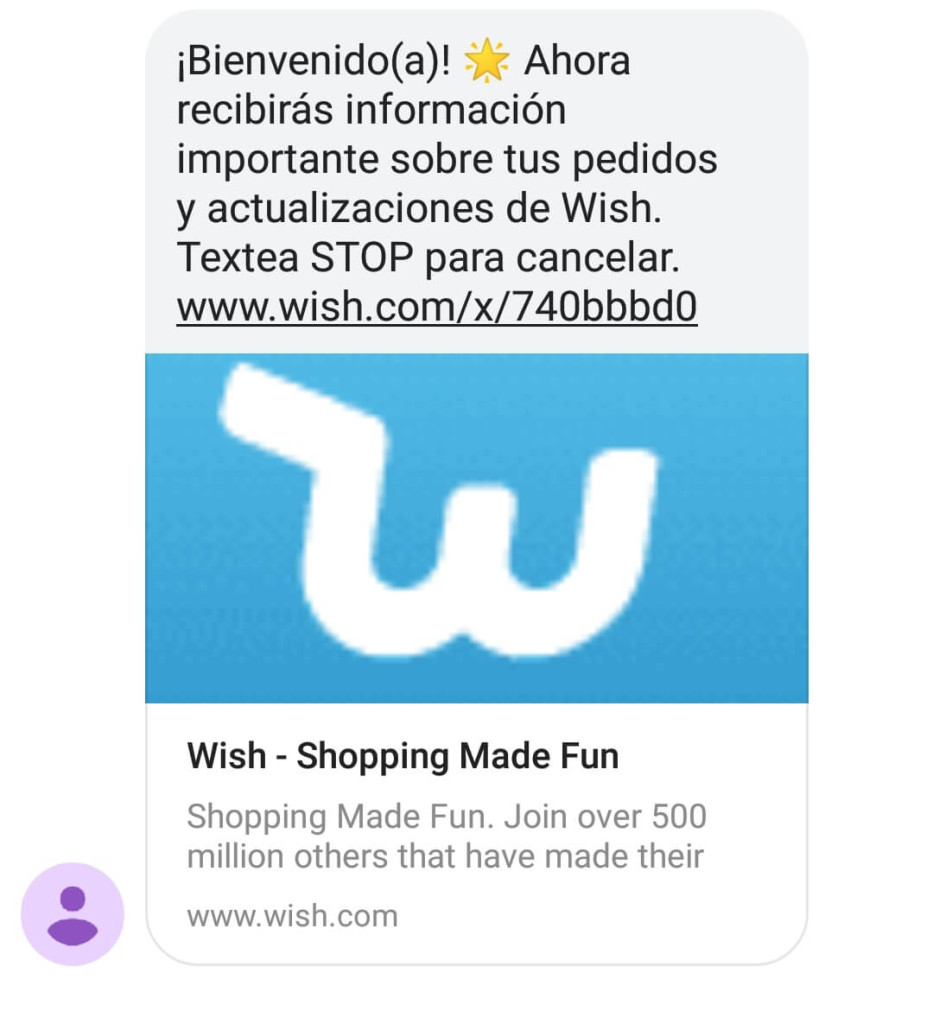 Caption: Personalize messages so they have a greater possibility of being opened.

The better the appearance of the SMS, both the rational part (the benefits and details of the product) and the emotional part (what connects to the customer’s wishes, dreams, and desires) the more likely the customer will react positively, according to the study published in the Journal of Management Sciences.

SMS marketing is not only about sending texts but about the possibility of making this type of communication more effective by using videos, images, and links to redirect a consumer to your website. Once they’re there, you need something to try and close in on a sale or subscription.

To increase the effectiveness of any marketing activities, it is important to include a “call to action”. This is a request for information, an offer to purchase a good or service, or a request for the customer to contact you in some way. 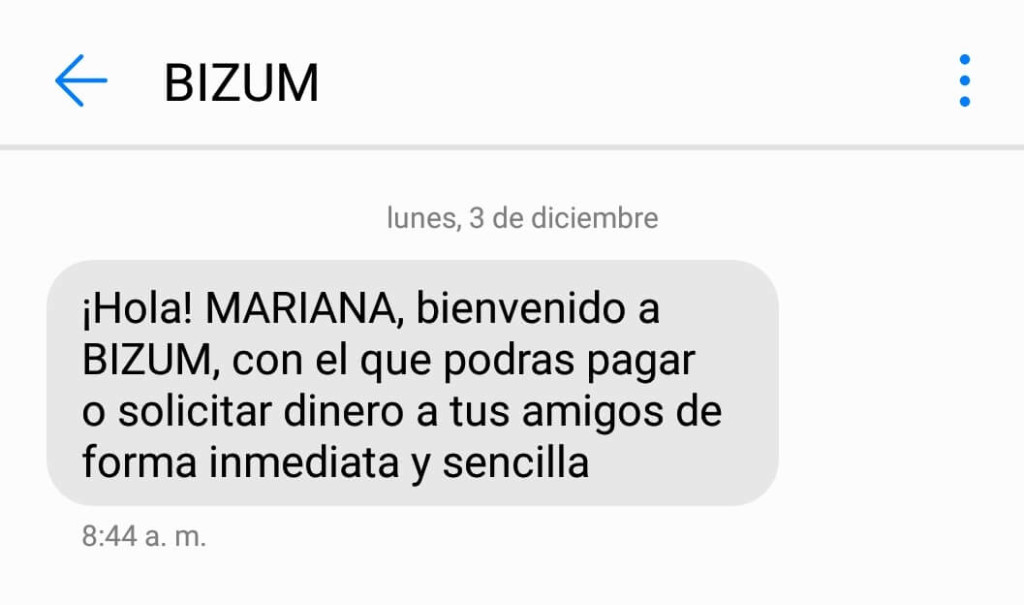 Caption: Use images and graphic elements that make the message attractive, but do not forget the content 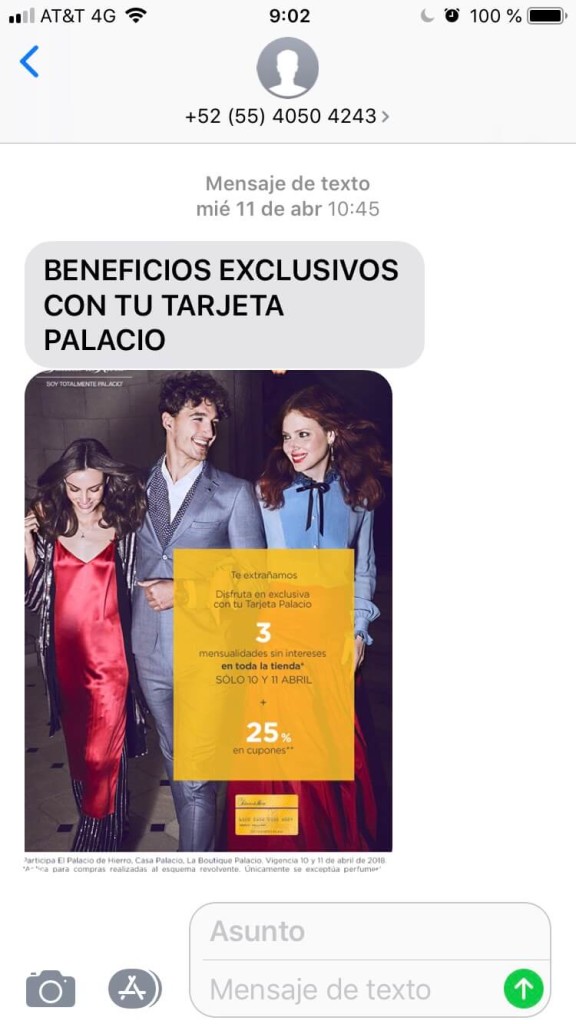 Caption: Don’t forget to include a call to action.

The same analysis by the Journal of Management Sciences indicates that entertainment is the third aspect that is considered by customers when it comes to being more or less receptive to a text message. Encourage participation in contests, promotions, and games. These are elements that can attract a customer’s attention, build loyalty and add value. 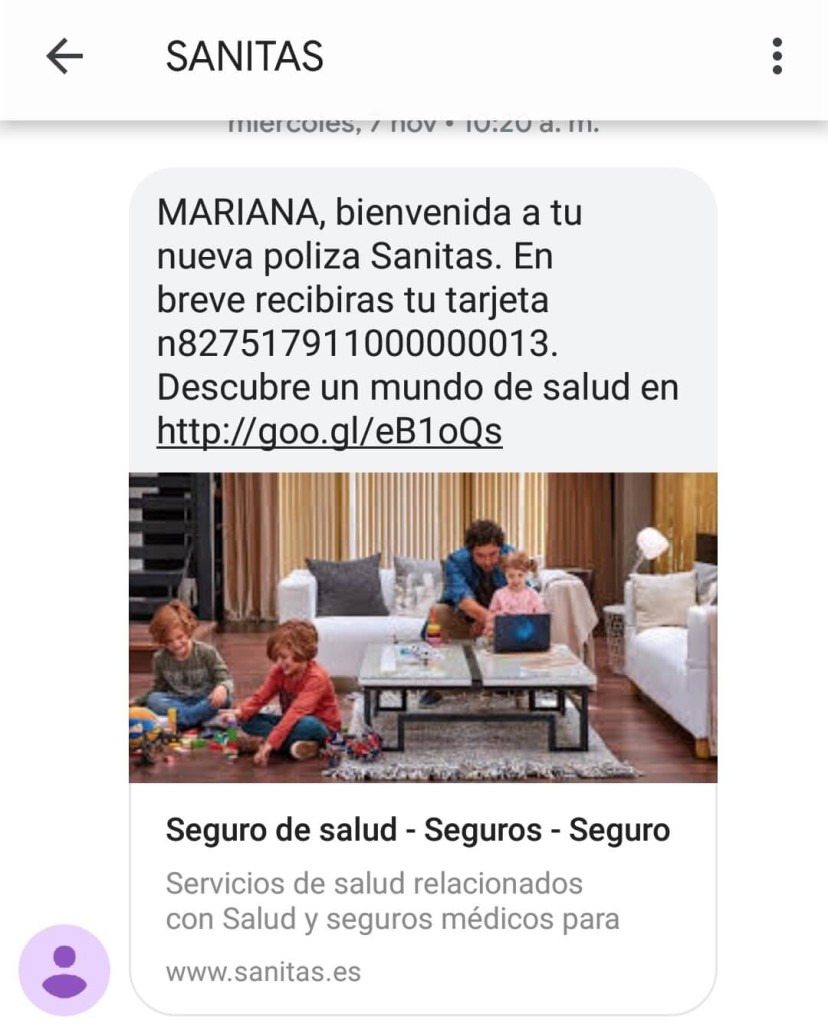 Hopefully, this information has given you a better idea of what SMS marketing is and what it can do for you. If you’ve been on the fence about using it, consider starting a small SMS campaign to see how it fits your business and target audience.

7 Tips on How to Create an Effective Landing Page